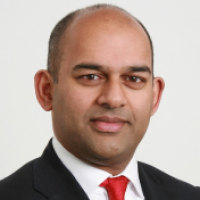 I am a Consultant Neurologist in the Queen Square Movement Disorders group based at the National Hospital for Neurology and Neurosurgery, Queen Square, London. After graduation I trained in general medicine in the Hammersmith Hospitals NHS Trust and Royal Free Hampstead NHS Trust. I was then awarded a Medical Research Council Clinical training fellowship during which I undertook research studying the molecular mechanisms of neurodegeneration in Parkinson's disease, which lead to the award of my Doctorate in the University of London.