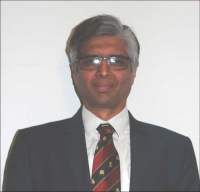 Dr Ashish P Desai completed his training in paediatric surgery in India. He then obtained his FRCS (Paediatric Surgery).

He has established the surgical weight loss centre for Adolescents. He routinely performs Gastric Band and Sleeve Gastrectomy.

He has been a part of numerous national committees and has been working towards establishing adolescent bariatric surgery standards in the country.

He has written numerous academic articles and chapters both on bariatric surgery as well as general paediatric surgery. He has been invited speaker in many international and national meetings.

Members seen by me will be given direct contact details -