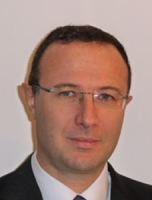 Dr Cifelli is a Consultant Neurologist at Queen’s Hospital in Romford and King George Hospital in Ilford and runs a specialist Cognitive Disorders Clinic at the Essex Neurosciences Centre. He gained his doctorate in Clinical Neurology at the University of Oxford, undertaking research on the cognitive consequences of multiple sclerosis. Dr Cifelli pursued his interest in cognitive disorders during his neurology training at the Queen’s Medical Centre in Nottingham and throughout his previous Neurology Consultant post at King’s College and Darent Valley Hospitals. He is currently involved in trials for disease-modifying drugs in Alzheimer’s disease and academic research projects in dementia, and has both a specialist and a general neurological practice.