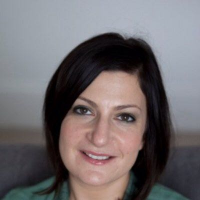 Dr Sarah Doffman MB ChB FRCP was appointed as a consultant to Brighton and Sussex University Hospitals NHS Trust in 2008.

Having first qualified from Glasgow University Medical School in 1997, Sarah moved to London to complete her specialist training in respiratory and general medicine. She carried out research into the early diagnosis of invasive fungal pneumonia at St Bartholomew’s and Queen Mary, University of London and worked at the Royal Free Hospital, University College London Hospitals and St Bartholomew’s Hospitals developing expertise in lung cancer and respiratory infections.

Her specialist interests include lung infection and lung cancer, including screening for early detection of lung cancer.
She also has extensive experience in tuberculosis and respiratory disease in the immune-compromised host (HIV infection/post-chemotherapy or transplant) as well as general respiratory and medical conditions.

Following her consultant appointment to BSUH in 2008, Dr Doffman led services in TB and lung cancer in the Trust until 2014 when she was appointed as Clinical Director for the directorate of specialty medicine.

In late 2017, she became Chief of Medicine at Brighton and Sussex University Hospitals NHS Trust, overseeing medical services across both the Royal Sussex County and Princess Royal Hospital.

Lung Cancer
As well as leading the lung cancer service at BSUH NHS Trust between 2008 and 2018 through significant improvements in a number of key measures including survival rates, Sarah was also responsible for setting up the regional Endobronchial Ultrasound service for patients across Sussex in 2014. She was Chair of the Sussex Cancer Network Lung Tumour Group from 2010-2013. She has led two large projects funded by the Department of Health with National Cancer Survivorship Initiative into improving pathways of care and wellbeing in patients living with lung cancer.

Tuberculosis
Sarah was a member of the Specialist Advisory Group of the British Thoracic Society for Tuberculosis and the Multi-Drug Resistant Advisory Network from 2010-13, involved in national policy and education.

Research
From 2010-12, Sarah led the Surrey and Sussex Specialist Respiratory Group Research Network (National Institute for Health Research) improving uptake to clinical trials in respiratory disease across the region. She was lead investigator of a number of trials at BSUH NHS Trust including a study of lung disease in HIV and a large multicentre trial in lung cancer diagnosis.

Member of the Tuberculosis Specialist Advisory Group of the British Thoracic Society 2010-13
Local lead of the Surrey and Sussex Comprehensive Local Research Network, National Institute for Health Research 2011-13
Fellow of the Royal College of Physicians, London

I have a young son who takes up most of my spare time!
I enjoy theatre, concerts and running.