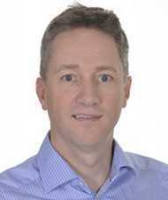 James graduated from Oxford University Medical School in 1995, and was appointed as a consultant ENT surgeon at the John Radcliffe Hospital, Oxford in 2007. He has passed the intercollegiate examination in otolaryngology – head & neck surgery, and was awarded the Gold Medal for outstanding performance from the Royal Society of Medicine. He has a strong academic background as an MRC funded clinical research fellow, leading to an award of a PhD in 2003, and he is an Honorary Senior Clinical Lecturer in the University of Oxford.

A further fellowship in The University of Toronto, Canada, in 2007 developed expertise in advanced neuro-otology including the management of vertigo, middle ear disease, and hearing loss. He was appointed as a member of staff at the Hospital for Sick Children, Toronto where he specialised in childrens’ ENT conditions especially hearing loss and deafness, including cochlear implantation.

James is a consultant at the John Radcliffe Hospital, Oxford and also consults at the Nuffield Manor Hospital, Oxford. He performs more than 40 cochlear implant surgeries per year, 15 Bone Anchored Hearing aid implants, and around 80 major ear operations per year, as well as many childrens’ surgeries such as tonsillectomy, adenoidectomy and grommet insertion. He provides consulting services to the Oxford Children’s Hospital, as well as treatment of premature babies and neonates with ENT conditions.