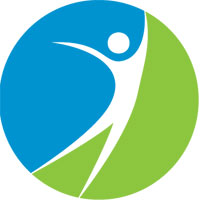 Charlie graduated from the European School of Osteopathy in 2003. Before becoming an osteopath Charlie played semi-professional rugby where he developed his interest in sports related injuries and rehabilitation.

Charlie now sees sportsmen and woman from various sporting backgrounds such as rugby, football, cricket, athletics and netball ranging from the amateur to the professional. He has worked with the Kent County Rugby Football Union and Canterbury Rugby Club from 2003 to 2011, and at Folkestone Rugby Club during the 2012-2013 season.

He has run the Whitstable Clinic since 2003, the Strabane Clinic since 2006, and completed a masters degree in sports injury medicine in 2009. He also is a partner in Keystone CPD which provides structural technique courses for manual therapists. In July 2012 he opened a clinic in Folkestone which is now based at Dynamix Leisure.

He qualified in injection therapy in June 2012.