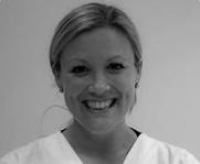 Naomi Green is a Podiatrist, and expert witness, specialising in assessing and treating the biomechanics of the foot and lower limb and musculoskeletal and sporting injuries in addition to treating all aspects of general footcare including nail surgery.

Having worked as part of a mobile podiatric biomechanics team visiting sports teams/clubs, Naomi has treated sports patients from the juvenile to amateur to professional athlete. Naomi’s MSc helped her specialise in the assessment and treatment of musculoskeletal and sporting injuries. She has presented numerous workshops in gait analysis, biomechanics and orthotic prescription, lecturing throughout the UK as well as in Denmark, Belgium and India.

In 2011, Naomi was asked to be an expert witness and now regularly undertakes assessments for medico-legal cases.