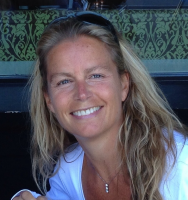 I have been practicing as an Accredited UKCP and BACP Psychotherapist and Counsellor since 1992, developing a vibrant practice in West London, whilst gaining vast experience managing a counselling service at British Airways until 2009, working with flight and cabin crew. I worked at The Priory Hospital, Roehampton, London during 2006 and 2014 as a Psychotherapist and Yoga Teacher.

I currently work in private practice in Central London, seeing patients from various referrals, including, The Recovery Centre, Knightsbridge and The Priory Hospital, Roehampton. I work with a variety of issues, including eating disorders; relationships; bereavement; trauma and others.

I am an accredited UKCP and BACP Psychotherapist, with a BA(Hons) in Counselling and MSc in Psychotherapy.

In 2007, I qualified as a yoga teacher in New Mexico, Santa Fe, USA with Tias Little. I bring this aspect into my therapy practice on a one-one and in groups. I also qualified as a Level 1 Kundalini Teacher in 2018.

I have done significant addiction training at The Meadows, Arizona with Pia Mellody, specifically in the love and sex addiction arena.

I became Governor of St Andrew's Hospital, Northampton in September 2018 and Patron of the Body Dysmorphic Foundation in January 2019.

Key interest in the field of mind-body movement psychotherapy working as a yoga therapist for over 6 years. I received my yoga teacher training in the USA with Tias Little. I am also passionate about supporting women with IVF/fertility related issues. Working over 20 years in the airline industry - managing a counselling service for British Airways, has given me great experience of the corporate world and work place issues and difficulties.

Article written on "Psychological aspects of the role of cabin crew" featured in BACP Journal and Aviation Mental Health - September 2006, published by Ashgate.
Other publications relating to counselling in the workplace and developing counselling services within organisations.

I can be contacted directly using Skype. My Skype ID is: tracy.northampton