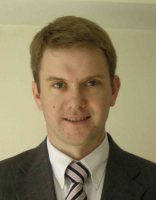 He graduated from Leeds University Medical School in 1996. His basic surgical training was undertaken in Leeds, Harrogate and Bradford working in the specialties of General medicine, Accident and Emergency medicine, General Surgery, Neurosurgery, Cardiothoracic surgery and Trauma and orthopaedic Surgery. During this time he obtained membership of The Royal College of Surgeons of England and The Royal College of Surgeon’s of Edinburgh. In 2001 the Yorkshire Deanery appointed him to a higher surgical training rotation in Trauma and Orthopaedic Surgery, and he worked in Leeds, Airedale, Wakefield, Bradford. He passed his intercollegiate exam in Trauma and Orthopaedic Surgery in 2005 and after this he undertook two specialist training fellowships. The first was a Knee Fellowship at Harrogate District Hospital and the second was a Foot and Ankle fellowship at the Wirral Foot and Ankle Unit, Wirral University Teaching Hospital, Merseyside.

During his time as a trainee he was heavily involved with training issues and was on the Executive committee of the British Orthopaedic Trainees Association (BOTA) for four years, two of which were as the Treasurer. He represented trainees on several national committees. As a Consultant he is still heavily involved with training and is the College Tutor for junior doctors in the orthopaedic department and also has a registrar working with him who he trains in foot and ankle surgery.

For full details of audit and research see website page

Contact the private hospital and they will contact me directly on my mobile or if I am away I always have cover arrangements from one of my Consultant colleagues locally.