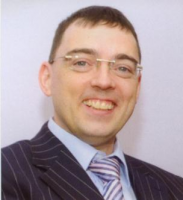 Mr Slater has a specialist interest in Colorectal, and other Gastrointestinal Surgery, especially minimally invasive approaches such as laparoscopic (key-hole) surgery.
In addition he performs most general surgical procedures,
such as hernia and gall bladder operations.

Mr Slater has a keen interest in teaching and is an Honorary Senior Lecturer of the University of Sheffield.