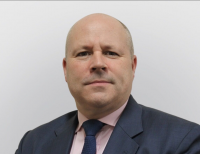 Justin Davies has been a Consultant Colorectal and General Surgeon in Cambridge since 2007 and has been Deputy Medical Director at Cambridge University Hospitals since 2018. Prior to this he was Clinical Director of General Surgery/Digestive Surgery for 8 years, and he has held numerous national leadership roles. He is a Fellow and Director of Studies at Downing College, Cambridge, and is President Elect Designate and Member of Council at the Royal Society of Medicine Section of Coloproctology. He trained in Cambridge, Bristol and Toronto. His clinical areas of interest are in laparoscopic (keyhole) and open surgery for colon cancer, rectal cancer (including extralevator APER), inflammatory bowel disease (including Crohn’s disease and ulcerative colitis), diverticular disease, ileoanal pouch surgery, minimally invasive treatments for haemorrhoids (including Rafaelo and HALO/THD), general proctology (fistula, fissure, abscess, skin tags, etc) and colonoscopy for the investigation of rectal bleeding and change in bowel habits. He treats patients with abdominal wall and groin hernias.