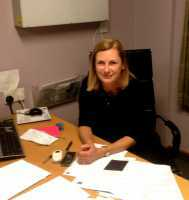 I initially trained as a pharmacist and was the Principal Pharmacist at the St John’s Institute of Dermatology at St Thomas’ Hospital, London. I then studied medicine at Guy’s and St Thomas’ Hospital, after which I worked as a junior doctor in general medicine at Guy’s and Southampton Hospitals. I became a member of the Royal College of Physicians in 2001 and a fellow in 2013. I trained as a Specialist Registrar in Dermatology at King’s College Hospital, London and also spent a year at the St John’s Institute of Dermatology. I was appointed Consultant Dermatologist at Orpington Hospital in 2007. Orpington Hospital became part of King's College Hospital NHS Foundation Trust in 2013. I was appointed lead clinician in dermatology at Orpington Hospital in 2013 to 2015. I left the NHS in June 2015. I have worked at The Rivers since 2009 and at BUPA clinics since 2016.

Distinctions in
Clinical Pharmacology
Neuroscience and Health, Disease and the Environment
as part of MBBS

I have 18 publications in high quality dermatology journals and have written several chapters for dermatology textbooks.

I give lectures and seminars to GP's regularly, the most recent being a talk on pigmented lesions at a regional study day on the Early Diagnosis of Cancer