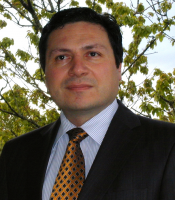 Following three months as a Consultant at St John’s Hospital in Livingston, Ivan joined Aberdeen Royal Infirmary in August 2006 where he is a full-time Consultant Plastic and Reconstructive Surgeon.

Member of the Association of Breast Surgery (ABS)