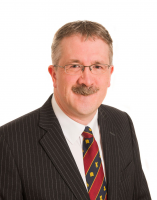 Mr Brewis is a graduate of the University of Cambridge and is a Fellow of the Royal College of Surgeons of England.

He undertook his ENT training in hospitals including the Royal National Throat, Nose and Ear Hospital and Great Ormond Street Hospital for Children in London and Addenbrooke’s Hospital in Cambridge.

He has a special interest in ear conditions (otology) and in children’s conditions (paediatrics).

He is Clinical Lead of the ENT Department at Aberdeen Royal Infirmary.