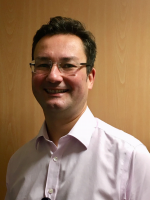 I am a senior Neurology Consultant at University Hospital, Coventry having been appointed in 2003.
I qualified MB ChB in 1990 from Leicester University and was awarded my MD for research into stroke in 1997. I was elected a Fellow of the Royal College of Physicians (FRCP) in 2006. I have extensive experience in Neurology and am a member of the Association of British Neurologists and the British Association of Stroke Physicians.