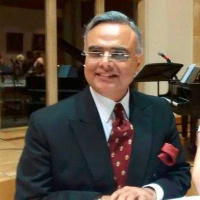 Dr Awais Bokhari graduated in 1984.
After completing his house jobs and initial training, he was appointed as a research registrar at St Thomas’ Hospital before moving on to take up the role of registrar of medicine at the Medway Hospital and subsequently at the Royal Berkshire hospital.
In 1989, he became the senior registrar of cardiology at Royal Gwent Hospital, and University Hospital Cardiff. a position which he held for three years.
Dr Bokhari went on to become both assistant professor of cardiology at United Arab Emirates University, and a cardiologist at Mafraq Hospital in Abu Dhabi, where he remained for twelve years.
For the last seven years of his time there, Dr Bokhari was also personal physician & cardiologist to Sheikh Zayed Bin Sultan Al Nahyan, the president of the United Arab Emirates.
In 2005, Dr Bokhari joined Bedford Hospital as a consultant cardiologist. His areas of interest include invasive cardiology, trans radial coronary angiography, internal medicine and teaching. He is also an examiner for the Royal College of Physicians both in the UK and overseas, and clinical lead for acute medicine.
He has a clinic in Dubai and visits UAE at least once a month.