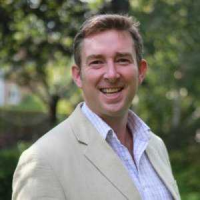 Mr A Alexander Taylor is a Consultant Obstetrician & Gynaecologist, appointed to the Royal Bournemouth Hospital in 2006.

Mr Taylor's training started at the University of Newcastle's Medical School in 1988, graduating in 1993. He originally pursued a career in general practice with training posts in the North of England. He later chose to specialise in Obstetrics & Gynaecology in 1996 and worked as a Senior House Officer at the Royal Victoria Infirmary in Newcastle and Guy's Hospital in London. Both are renowned internationally for their clinical excellence.

He then undertook registrar training in the London Deanery gaining specialist experience in his area of interest which is minimally invasive surgery.

Mr Taylor later began work as a research fellow and lecturer at the famous Royal Free Hospital in London. During his time he worked on his doctorate, with a thesis on myomectomy with modified triple tourniquet. To date, he has over 40 publications and television appearances pertaining to obstetrics and gynaecology.

After his appointment at Bournemouth, Mr Taylor set up the minimal access (keyhole surgery) program in gynaecology. This has drastically reduced the time in which patients have to spend in Hospital. In addition, he founded one stop clinics for menorrhagia (heavy menstruation) and emergency gynaecology. Mr Taylor has also been instrumental in running the Jigsaw Appeal, which is raising £1.5 million for Women's Health in Bournemouth. Locally Mr Taylor is chair of the Medical Staff Committee anf Clinical Lead for the Royal Bournemouth Hospital. Regionally he is the Programme Director for Health Education Wessex Nationally he an examiner for the Royal College of Obstetricians & Gynaecologists. In the Mr Taylor been a member of the GMC Equivalence Committee and Convenor of Training the Trainers Course for the Royal College of Obstetricians & Gynaecologists. He holds five Clinical Excellence Awards and was awarded the David Stern Prize for service development in 2008. He was also the managing director of Dalton Square Medical Ltd. a publisher of teaching materials for doctors, nurses and other health professionals.

Mr Taylor lives locally and has two children. He is a keen sportsman and plays tennis, swims, cycles and hikes as hobbies