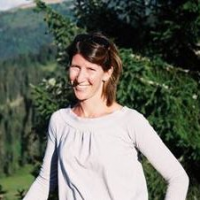 Catherine qualified in 1990 from the Queen Elizabeth School of Physiotherapy, Birmingham and wants to learn more!

She provided physiotherapy services to the London 2012 Olympic games polyclinic and has recently been selected to provide physiotherapy Wimbledon tournament.

She soon became registered to work in the US and on return gained a Postgraduate Diploma in Practical and Academic Sports Physiotherapy.

Her research has been published in Manual Therapy.

Using her Diploma in Sports Physiotherapy she became team physiotherapist to Saracens RFC for four years.

She subsequently moved into private practice in the City of London, later becoming the National Physiotherapy Manager for Bupa Wellness, leading a team of 30 physiotherapists until early 2009.

Catherine still practices within a premium medical facility at a large investment bank.