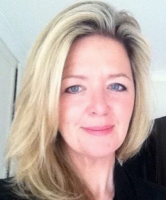 The Brain Injury Clinic was founded to provide neuro-rehabilitation in the Surrey community in 2004 by Consultant Speech, Language and Cognitive Therapist Lisa Harris.

Lisa is highly experienced in Neuro-rehabilitation. Since qualifying in 1995 she has held posts at St George’s Hospital, Atkinson Morley, and the Wolfson Medical Rehabilitation Cente, London. She has been head of department of two neurological rehabilitation units, Unsted Park and The Brain Injury Centre; as well as a clinical tutor at City University, London.

She has a special interest in aphasia and cognitive communication disorder, and is an advisor to the Stroke Assocation for Aphasia. She is involved in two national projects to improve the lives of those affected by communication and cognitive difficulties in affiliation with the Royal College of Speech and Language Therapists.

Advisor to the Aphasia Committee for The Stroke Association