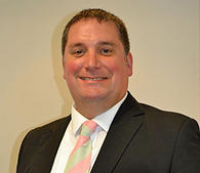 Graduated from the British College of Osteopathic Medicine in 1993 and has worked at the clinic since. He has a special interest in Sports Care and has been Chair of the Osteopathic Sports Care Association since 2011. He was Clinical Lead Osteo at the London 2012 Olympic and Paralympics Games and Clinical Lead to the Para and World Championships in London 2017. Other Multi Sports Games he has work at include the European Games 2015, Rio Olympics 2016, the World Muslim Games 2017, Asian Indoor and Martial Arts Games 2017, Youth Winter Olympics 2019. He previously worked extensively in Rugby from County to International Level.
Simeon received an OSCA Fellowship in July 2013 for his dedication and commitment as well as his contribution to osteopathy in the sporting arena.