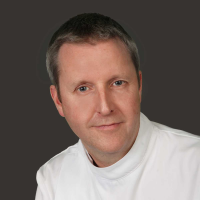 Peter has been in practice as an Osteopath since graduating from the British School of Osteopathy in 1991.

He has built up his private practice in Cannock since 1992.

In the past he has worked for the NHS alongside Physiotherapists in the Outpatient Department at Cannock Chase Hospital.

Peter is registered with the General Osteopathic Council.