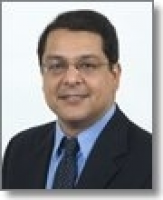 Mr Daneshfar qualified in medicine from the Medical School of Hannover in Germany in 1992. He underwent surgical training in Germany and the United Kingdom, and additional visiting training in the USA and the EU. In 1999 he undertook a trauma fellowship at an AO Trauma Centre of Excellence under the auspices of Prof Tscherne to further his knowledge and skills in trauma surgery.

His first NHS consultant appointment was in 2000 at the Wishaw General Hospital in Scotland. He subsequently accepted a consultant post at the University Hospital Lewisham in October 2002. He held the position of Clinical Director in Orthopaedics from 2003-2006.

Mr Daneshfar is a clinical and educational supervisor for doctors in their early careers, and for specialist registrars who will become orthopaedic consultants in their own right.

Mr Daneshfar specialises in lower limb conditions, in particular the treatment of hip, knee and foot/ankle disorders. One of his interests is major joint replacement surgery, and he has personally undertaken well over a thousand hip and knee joint replacements, thus accruing a vast experience at consultant level in over 17 years. This may translate to reduced risk of surgeon related complications and better patient outcomes.

Once a diagnosis has been made, the treatment will mostly be non-surgical in the first instance. If surgery is an option then the benefits and risks will be discussed with the patient, and the benefits and risks weighed up. Mr Daneshfar will answer any questions or concerns you may have, and a joint decision will be taken as to the best and swiftest way forward.

Since 2006 Mr Daneshfar has successfully introduced ‘minimally-invasive’ (tissue-sparing) hip replacement surgery to Lewisham Hospital and at Blackheath Hospital. This technique allows faster recovery with less pain (at a third of the scar length as compared to traditional surgery); in optimal circumstances the patient may anticipate a hospital stay of as short as 2 nights.

Mr Daneshfar’s private practice has been registered exclusively with the BMI hospital group since 2002. He is recognised by all major private healthcare insurers, and accepts self-pay treatment packages from Blackheath Hospital.