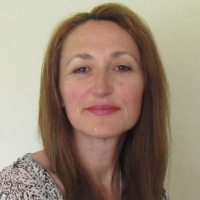 Carrie undertook her higher surgical training in Ireland, East Grinstead, Brighton and Guildford. She was appointed as a Consultant to the Royal Surrey County Hospital in Guildford in 2003, and held the post of Clinical Director from 2006 to 2010. In 2007, 2010 and 2012, she received an NHS Clinical Excellence award the most recent a 5 year award at National Level " in recognition of her sustained contribution to the NHS". This was renewed in 2016. She is the co-author of the prestigious Oxford Specialist Handbook of Oral and Maxillofacial Surgery, first published in 2009 and with the second edition published in 2015. A third edition is currently being written and is due out in 2019.

Carrie has held several national posts including the Lead for Skin Cancer Surgery for the British Association of Facial surgeons at the Royal College of Surgeons.
•Editorial Advisor to British Journal of Oral and Maxillofacial Surgery.
•Invited member of Intercollegiate Board of Examiners for the Fellowship of the Royal College of Surgeons, writing questions and standard setting for the specialty and in 2014 was appointed Chair of the writing group for this exam, which senior trainees must pass to become a consultant.
She is currently Chair of the written examination of the FRCS of the Joint Royal Surgical Colleges for all the UK surgical specialities
•Author and co-author of numerous publications in peer reviewed journals. Carrie is the Lead Chapter author, “Non-Melanoma Skin Cancer” in the UK Consensus Guidelines in Head and Neck Cancer published in 2011 and has updated this chapter in 2015.
•In 2012, she was awarded the BAOMS Surgery Prize, “A prize and medal awarded annually, which will be considered a high honour, to be awarded to a person or persons who are adjudged to have made a major contribution to Oral and Maxillofacial Surgery in the widest sense.”, by the British Association of Oral and Maxillofacial Surgeons, at the Royal College of Surgeons.
She is presently working with the British Association of Dermatologists, updating the internationally recognised guidelines on Basal Cell and Squamous cell skin cancers.
•Carrie regularly delivers educational talks to local Dentists and Doctors, and lectures to national and international groups. She maintains an interest in all aspects of Oral and Maxillofacial Surgery including the removal of wisdom teeth, specializing in the management of facial skin lesions, and in oral mucosal problems.

Removal of facial skin lesions including skin cancers, and reconstruction (over 600 cases treated annually). Oral medicine (management of conditions of the oral mucosa). Surgical removal of wisdom and other teeth. Salivary gland problems.

Excision margins in basal cell carcinoma. Provision of electronic learning to the surgical speciality of oral and maxillofacial surgery.Sentinel node biopsy in skin cancer of the head and neck.

She is co-author of the Oxford University Press Specialist Handbook in Oral and Maxillofacial Surgery published in 2009- the second edition in 2015.
https://global.oup.com/academic/product/oral-and-maxillofacial-surgery-9780199688401?cc=us&lang=en&

Regular talks at GP Practices and to local medical and dental practitioners at the Post Graduate Medical Centre, RSCH, Guildford and Royal College of Surgeons, England.

From 2013 to date, my readmission rate in both the NHS and other hospitals has been 0%, as has mortality.
I have an audited complete excision rate of basal cal carcinoma of over 98%

Please contact the hospital where you have been treated- Mount Alvernia Hospital switchboard on 01483 570122 and ask for the Duty Matron or Guildford Nuffield Hospital switchboard 01438 555800
PA to Carrie Newlands, Mount Alvernia Hospital, Harvey Road, Guildford. Tel 01483 302673. The Duty Matron or my PA will be able to contact Dr Newlands on your behalf.