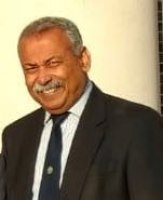 In the several years as an upper limb surgeon I have gained expertise in surgery of the hand, wrist elbow and shoulder including joint and tendon reconstruction.

I was appointed as Consultant in Orthopaedic and Trauma Surgery in 2000 at Royal Hospital Haslar. I set up the South Hampshire Hand Surgical Unit there with the help of two other hand surgeons. Since I left Haslar to come to Peterborough, the hand unit grew to seven hand surgeons. I helped to set up a new hand unit in Peterborough where I treated both military and civilian hand trauma and other conditions involving the upper limbs. In April 2017 I took early retirement from the RAF and I now work at the Fitzwilliam Hospital Peterborough and Boston West Hospital. My operative spectrum in shoulder, elbow, wrist and hand includes: reconstruction/replacements of joints, tendon transfers and grafts, nerve release and grafts, key hole surgery (all upper limb joints), fracture surgery, procedures for arthritis including injections and sports injuries.

I am the Orthopaedics Representative at the Medical Advisory Committee, Fitzwiiliam Hospital, Peterborough. I am also a Consultant Appraiser for Ramsay, UK.

Not only did I gain extensive war surgical experience but also managed to paint water colour and pastel paintings in the little spare time I had. On my return Admiral Jenkins, Surgeon General (late) and Admiral Jarvis organized an exhibition of my paintings at the Metropol Building, White Hall. There was considerable press interest including BUPA News and BFBS radio) in my paintings which told the story of the journey of a field hospital, having been painted in rather austere conditions. The paintings have been part of several publications and some of the prints are in several military establishment in the country and abroad. I donated to SSAFA (Soldiers Sailors Air Forces Association) and The Royal British Legion significant amount of money from the proceeds of the sale of the prints. It gives me immense pleasure in raising the morale of my colleagues, both senior and junior. I have been invited to several NHS trusts and Universities as well as professional societies to talk about my war paintings. To my knowledge I was the first unofficial war artist at the frontline in 2003.

I was the head of Trauma and Orthopaedics, Royal Air Force, United Kingdom for seven years.

I actively participated in surgical training and looked after the RAF trainees I have supervised several research papers produced by trainees both at the frontline field hospitals and at home.I have several publications in national and international peer review journals. I was part of the faculty for the Military Operational Surgical Training held regularly at the Royal College of Surgeons of England, London.

I work closely with my Trust civilian colleagues. I appraised middle grades, teach registrars and a faculty member of the Trust’s Clinical supervisors course. I was both a clinical and educational supervisor.

Painting and charity.
I was awarded the Order of St John in 2011

MOST VENERABLE ORDER OF ST JOHN 2011

A method for determining the rate of major limb amputations in battle casualties: Experiences of British Field Hospital in Iraq, 2003.Annals of Royal College of Surgeons England 2005; 87: 113-116.

Aeromedical Evacuation from Op Telic – comparison of evacuation before,during and after the conflict phase. JBJS(Br) 2006; 88-B: SUPP II : 263

Scaphoid Non-Union. Results of Pedicled, Vascularised Bone Graft, based on the 1, 2 Intercompartmental, Supraretinacular Branch of the Radial Artery.G.JBJS(Br) 2006; 88-B: SUPP II : 265

Magnetic Resonance Imaging Study on Relationship of the Brachial Plexus to the Coracoid in various Shoulder Positions.
Journal OF bone and Joint Surgery(Br) 2006; 88-B: SUPP II : 265

Use of Improvised Hand Externaal Fixator in the Field Hospital JBJS(B) Vol 90-B Supp 2, 346

I have regular talks on upper limb surgery at the Fitzwilliam hospital Peterborough and some time Peterborough City Hospital. I also visit GP Surgeries to give talks or question answer sessions.

My out come measures are held centrally at the Fitzwilliam Hospital.