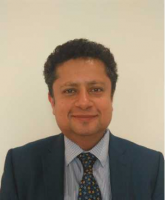 Mr. Ashkan qualified from Cardiff in 1993 with commendations in medicine and surgery and a first class honours degree in biochemistry. He underwent dual postgraduate training in surgery and medicine obtaining Membership of the Royal College of Physicians in 1997 and the Fellowships of the Royal College of Surgeons of England and Glasgow in 1998. Thereafter, he underwent higher specialist training in general neurosurgery in London being awarded the Fellowship of the Royal College of Surgeons in Neurosurgery in 2002. His subspecialist training in functional, stereotactic and image guided neurosurgery included a fellowship in France with Prof. Benabid, generally considered as the founder of the modern deep brain stimulation surgery. This lead to a MD degree. He was a senior lecturer in functional neurosurgery at the Institute of Neurology and National Hospital for Neurology and Neurosurgery from 2004 to 2006. He was appointed as a consultant neurosurgeon at Kings College Hospital and the lead clinician for Neuro-oncology as well as an honorary senior lecturer at Kings College London in 2007. Mr. Ashkan has won over 20 undergraduate and postgraduate prizes and scholarships. He has chaired, attended or presented papers in over 80 national and international meetings. He has published over 160 full papers, abstracts and book chapters.