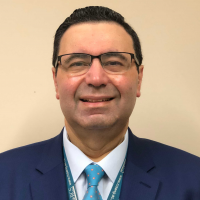 Mr Casha graduated from Malta in 1986. In 1990 he received his FRCS from Edinburgh, following training in Malta and Dundee. He worked in Glasgow as an Orthopaedic Registrar and in Dundee as Visiting Senior Registrar.

He was appointed to East Kent in 1999 and awarded Fellowship ad eundem from the Royal College of Surgeons of England in 2000 and appointed Honorary Senior Lecturer at Kings College, London in 2010.