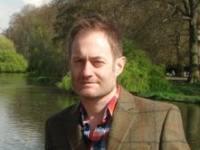 He now runs a dedicated neuro-oncology practice at Wessex Neurological Centre as the lead neurosurgeon for oncology at University Hospital Southampton, covering a population of 3 million people. All of this work is multi-disciplinary and in accordance with NICE guidelines for the management of brain and CNS tumours. He has introduced day-case neurosurgery for brain tumours to the UK and performs high-volumes of neuro-oncology surgery, including probably the largest annual numbers of awake operations (for tumours in vital regions of the brain) in the UK.

He has also gained formal qualifications (CertMedEd) in medical education and enjoys surgical training. Mr Grundy was the clinical director of Neurosciences in UHS from 2011 to 2014. He was chairman of the National Clinical Reference Group for CNS tumours from 2013 to 2016 and was a member of the adult Neurosurgery CRG and specialised cancer CRG. He is now vice chair of Adult Neurosciences CRG at NHSE. He became Divisional Clinical Director for Neurosciences, Trauma & Orthopaedics, Radiology plus Cardiovascular & Thoracics in 2014-19. Deputy Medical Director of University Hospital Southampton in 2019, acting a Medical Director in 2020 and Chief Medical Officer in 2021.

In 2012 he was voted by HSJ awards as the UKs Clinical Leader of the year and in 2013 was listed as one of the top 100 most influential medical leaders in the UK. Mr Grundy also works with a number of Brain Tumour charities and is one of the patrons for the charitable organisation BrainsTrust. He is President Elect of British Neuro-Oncology Society and Honorary Secretary of Society of British Neurological Surgeons.