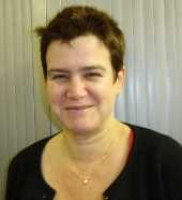 She was the first Education Fellow at the Royal College of Physicians in 2000.

Liz would like to reassure her privately insured patients that her charges will comply within their insurer's guidelines.

Liz has clinics on a Wednesday afternoon and has Saturday endoscopy lists for any patient wishing their procedure at the weekend.

She has published 12 original articles, 2 book chapters, 15 abstracts and a letter as well as collaborating with two colleagues to publish a handbook for students entitled ‘Pass Finals’, now in its third edition.