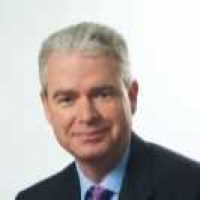 Henry has expertise in all aspects of ENT Surgery, but has sub-specialist expertise in disorders of the nose and sinuses and in Rhinoplasty (reshaping the nose) in both his NHS and Private Practice - he is a Rhinologist and Nasal Plastic Surgeon.
He also has particular interest in minimally invasive surgery such as Balloon Sinuplasty and Eustachian Tuboplasty which allow rapid and effective treatment and early return to work.

-Rhinology (treatment of disorders of the nose and sinuses including endoscopic sinus surgery)
-Facial Plastic Surgery (including functional and cosmetic rhinoplasty)
-Paediatric ENT including tonsillectomy, adenoidectomy and treatment for glue ear / grommets
-Ear disorders including ear infections and hearing loss / tinnitus
-Disorders of the throat / voice and swallowing