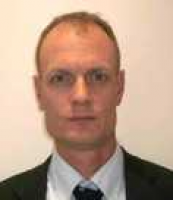 Mr Johnathan Hubbard graduated from Newcastle University Medical School in 1991 and completed his training in General and Endocrine surgery in Newcastle in 2002. This included two years Molecular Biology based research, completing an MD in 2001. He was awarded the Intercollegiate FRCS in General Surgery with a specialist interest in Endocrine Surgery in 2001. In 2004 he was the first UK surgeon to be awarded the European Board Exam Qualification in Endocrine Surgery.

Mr Hubbard worked as Assistant in Endocrine Surgery in Marseille, France for 18 months in 2001-2002 where he gained experience in Minimally Invasive techniques of parathyroid surgery including Video Assisted Parathyroidectomy. He also gained a wide experience in Laparoscopic Adrenal surgery and thyroid cancer surgery.

Mr Hubbard specializes in thyroid, parathyroid and adrenal surgery, including complex re-operative surgery. He performs around 200 Endocrine surgical procedures a year and his practice also includes gallbladder and hernia surgery.