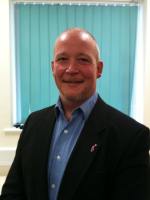 Professor Drew qualified at St Mary’s Hospital, part of Imperial College, London, in 1990. After training in London, Yorkshire and Wales he was appointed Senior Lecturer in Surgical Oncology at the Hull York Medical School in 2000 and promoted to full Professor of Tissue Engineering in 2005. He subsequently returned home as a Consultant Surgeon to the Royal Cornwall Hospitals Trust in Cornwall in 2008 with an Honorary Chair in Surgery from the Hull York Medical School.
In addition to the basic MBBS degrees he holds two higher medical degrees with both a Master of Surgery and Doctor of Medicine with Honours. He holds a certificate of completion of specialist training in General Surgery and has published several books and over 100 scientific articles with his main interests being in the molecular biology of breast cancer, reconstructive and aesthetic breast surgery and gynaecomastia. He is regularly invited to lecture nationally and internationally.
He is currently an examiner for the Royal College of Surgeons of England, Imperial College and several other Universities at home and aboard. Previous awards include a Hunterian Professorship of the Royal College of Surgeons of England and the prestigious Patey prize of the Surgical research Society.
He is co-director of the Advanced Management of Breast Disease Course of the RCS England and a member of council of the Association of Breast Surgery
In addition to being a member of the RCS Invited Review Panel he also provides advice to the Crown Prosecution Service, the Parliamentary Ombudsman and the GMC on disciplinary and medicolegal matters.