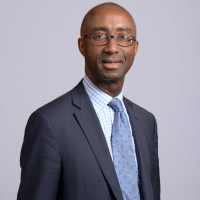 Dr Michael Beckles is a Consultant Respiratory and General Physician at the Royal Free Hospital NHS Foundation Trust. He completed his undergraduate studies in Medicine at the University of Manchester, and received postgraduate training in the teaching and district general hospitals surrounding Manchester and London. He was appointed Consultant Physician at the Royal Free Hospital in 2001, and, as well as participating in the acute on-call rota for medicine, he has developed specialist interests in lung cancer and sarcoidosis.

He has held clinical leadership positions in acute medicine, bronchoscopy, and lung cancer. He is also the Chair of the Wellington Hospital Respiratory Group, and has co-chaired the Harley Street Clinic Lung Cancer MDT.

He has contributed to international and national guidelines on the management of lung cancer, and is actively involved in the teaching of undergraduates and postgraduates. His last appraisal was in July 2019. In 2015, he was recommended for revalidation.

In 2013, he was named as one of the four top respiratory physicians in the Tatler Guide to Private Practice in the United Kingdom, and he has an active private practice, based in London. He sees patients with all manner of respiratory and general medical complaints, and is a skilled fibre-optic bronchoscopist.

Various prizes at university, including colours for cricket

Various interviews and mentions in national press and television