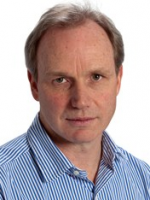 Ben Hartley was educated in West Sussex and entered medical school in London in 1984. After completing his medical school training (including a honours degree in biochemistry) he commenced a surgical training rotation at St George's Hospital, London. He passed the Applied Basic Science examination (Primary FRCS) and was awarded the Hallet Medal by the Royal College of Surgeons of England as the highest scoring candidate in the UK.

Following this he was appointed to The North Thames regional training program in otolaryngology and completed the six year training program as an otolaryngologist (ENT surgeon). In this period he was based at The Royal National Throat Nose and Ear Hospital, Great Ormond Street Hospital for Children, Charing Cross Hospital and Northwick Park Hospital.

During this time he became interested in children's ENT and head and neck disorders and decide to undergo further subspecialty training. He took the American equivalent of his medical examinations (ECFMG) and went to work with the leading expert in paediatric ENT in the USA ( Dr Robin Cotton in Cincinnati, Ohio). He spent a very busy year as clinical fellow in Cincinnati performing many complex surgical procedures under the direction of Dr Cotton. Following that he returned to the UK and was was appointed consultant paediatric otolaryngologist at Great Ormond Street Hospital in London in 2001. He has continued to specialize exclusively in children's ENT and head and neck disorders.

He is married with four children. He is a keen sailor and cyclist. He lectures widely, Nationally and Internationally.

In the event of a post- operative emergency please contact the Portland Hospital 020 7580 4400 and ask to speak to the Duty Paediatric Sister. In some cases you may be advised to attend A&E in the first instance.

If your surgery was at Great Ormond Street Hospital please contact the on-call ENT doctor 0207 405 9200 in the first instance.