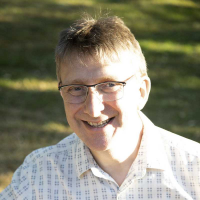 Most of his training was within the west of Scotland, and he took up his first Consultant post at Ayr Hospital in 2001. He gained a doctorate (MD) from the University of Glasgow in 2002, and in 2006 moved to UCL Hospitals NHS Trust as Consultant Cardiologist and to The Barts Heart Centre in 2015.

He is now the Director of Barts Heart Centre.

He is married with three young children and live in Pinner, north-west London.