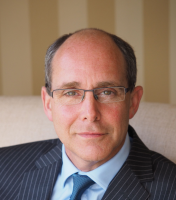 Mr Braithwaite is a specialist in treating patients vascular disease and with varicose veins.

He is available for Consultations and Treatment in London, Harley Street and Hospitals in the East Midlands.

Mr Braithwaite has been treating patients with varicose veins since 1992 and has been a Consultant Vascular Surgeon at the Nottingham University Hospital since 2000. He treats, on average, 40 people per month in both the NHS and independant Healthcare Sectors.

He is an Associate Professor in the department of Cardiovascular Medicine at the University of Nottingham.

He provides a General Surgical Service to Ilkeston Community Hospital where he does daycase open hernia repair and removes skin lesions under local anaesthetic.

Patient feedback is collected and published on his website www.bdb.org.uk.

Mr Braithwaite conducts research into Varicose vein treatments and has pioneered the use of keyhole techniques for treating veins. He has been invited to talk about his work in America, France, Germany, Italy, Spain, Portugal and the UK. He led a European Team that introduced the Olympus RFiTT keyhole technique.

He is a Council Member of the Venous forum of the Royal Society of Medicine. Medical Director for Trent and Lincoln Health. Director of Operations for Alliance Surgical plc and the secondary care consultant for North Derbyshire CCG

He is Former Vascular Advisor for the East Midlands. Former Board Member of the British Association of Sclerotherapists. Founder Member of the International Society for Vascular Surgery.

Numerous Publications which can be accessed via pubmed