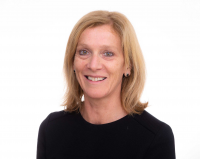 I qualified at St Mary’s Hospital, London in 1989 with BSc(Hons) MB BS. I trained in London, achieving MRCP in 1992 and then moved to Oxford for my specialist Gastroenterology training. I was awarded MD following research in Inflammatory Bowel Disease in 2001. I have been a consultant in Manchester for 19 years. I worked at Wythenshawe Hospital from 1999 to 2018. I am currently a Locum Consultant Gastroenterologist at St George's Hospital in London. I was JAG Endoscopy Training Lead at Wythenshawe Hospital from 2008-2018. I was Inflammatory Bowel Disease, research and Audit Leads 2010-2016. I have held the position of Chairman of the Medicines Management Committee at Wythenshawe Hospital. I have been extensively involved in teaching undergraduate students from the University of Manchester, receiving a Gold Award in 2017/2018. I am an active examiner for MRCP PACES for the Royal College of Physicians and am a faculty trainer in colonoscopy at The Royal Liverpool University Hospital. I am also involved in the mentoring programme with the British Society of Gastroenterology.