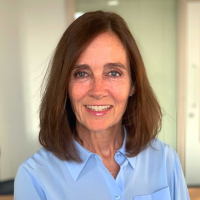 I studied medicine at Cambridge University and Guy's Hospital Medical School, University of London and qualified as a doctor in 1988.

In 1989 I went to Australia for two years to do research and I was awarded an MD from Cambridge University.

In 1995 I was appointed as subspecialty trainee in Reproductive Medicine and was fortunate to work under the guidance of Professor Robert Winston and Professor Lesley Regan. During that time I obtained an MSc in Human Reproductive Biology (1996).

I was appointed as an NHS Consultant in Obstetrics and Gynaecology at Kingston Hospital in 2001 and I am still there! I also work as a private consultant at the New Victoria Hospital and Parkside Hospital. I am recognised as a Menopause Specialist by The British Menopause Society.

I am Person Responsible and Clinical Lead for the Assisted Conception Unit at Kingston Hospital. I specialise in Reproductive Medicine, Minimal Access Surgery and General Gynaecology. I am also the joint Training Programme Director for the Obstetrics and Gynaecology trainees in South London (appointed by Health Education England - HEE).