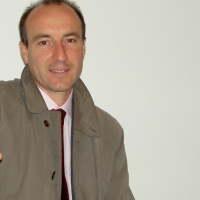 Anthony Davies is a consultant Gynaecologist. He is a general gynaecologist and therefore is able to diagnose and treat most gynaecological problems. He specialises in cervical cancer screening, colposcopy and key hole surgery. He practices privately at London Bridge Hospital and its centres in and around the City of London and the Chiswick Outpatient and Diagnostic Centre in Chiswick, west London.

He graduated from Cambridge University and St. Mary's Hospital Medical School in London. He passed his specialist examinations in 1994 and became a Fellow of the Royal College of Obstetrics and Gynaecology in 2004. He carried out research into the different surgical techniques for performing hysterectomy. He has also presented and published work on colposcopy and minimal access surgery.

He was appointed as a consultant in 2000 at King's College Hospital NHS Trust which is a major teaching hospital and academic centre in South London. He held this post for 17 years until 2017 when he left to concentrate on private practice.

He held many lead roles at King's including the lead for clinical risk management, lead for gynaecology services, lead for the colposcopy service and the outpatient gynaecology surgery centre.

Currently he is the Clinical Lead for gynaecological services, the Chair of the Multidisciplinary Team and the gynaecology representative on the Medical Advisory Committee at London Bridge Hospital.

His clinics are set up for the convenience of patients and have been designed to reduce the number of visits: many investigations such as smears, colposcopy and ultra-sound scans can be carried out at the first visit, if indicated. He believes in the philosophy of initial thorough investigation followed by a detailed discussion with the patient of all management options and for the subsequent care plan to be a joint decision. His aim is to treat with the least invasive of methods.

Anthony has established links with other specialities, for example, radiology, colorectal surgery, gastroenterology, urology, breast specialists and oncology so other opinions can be obtained easily.