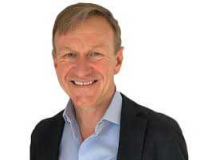 Dr Richard Bowskill read Medicine at Cambridge University where he also obtained a Masters Degree in Experimental Psychology. He completed his training at Guy’s Hospital in London, where his interests in Psychiatry developed. He then went on to complete membership of the Royal College of Physicians and member of the Royal College of Psychiatrists.

During his training, he worked for two years at the national unit for Affective disorders at the Maudsley Hospital, where he developed his interest in the treatment of depression.