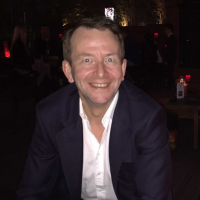 Professor Andrew King was appointed as a consultant neurosurgeon in Manchester in 1998 and Professor of Neurosurgery at the University of Manchester in 2012. He trained in neurosurgery in Cambridge, London and Manchester after qualifying from The Royal London Hospital Medical College, University of London. His clinical practice is based around degenerative spinal disease (neck and arm pain-brachialgia, back and leg pain-sciatica) and skull base surgery (including acoustic neuromas and trigeminal neuralgia).His Private Practice is based at The Alexandra Hospital, Cheadle, Cheshire. His NHS practice is based at the Manchester Centre for Clinical Neurosciences within Salford Royal Hospital, in addition to which he does a regular outpatient clinic at Macclesfield Hospital. He is a Council Member of the Society of British Neurological Surgeons, Past President of the British Skull Base Society and was Clinical Director of Surgical Neurosciences at the Manchester Centre for Clinical Neurosciences for 10 years. He has published extensively in his areas of research interest and is a regular invited speaker at local, national and international conferences.