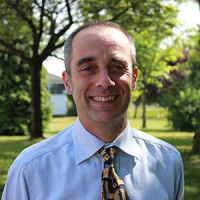 His hand practice includes treating sports injuries hand and wrist fractures and hand conditions such as carpal tunnel syndrome and other nerve compression problems, Dupuytren’s contracture of the hand, trigger digits, wrist and finger arthritis, wrist arthroscopy and joint fusion and replacement in the hand. He works with a dedicated team of specialist hand therapists who treat hand conditions non surgically and provide therapy after surgical procedures. He has developed an early CT model for diagnosis of scaphoid fractures.

He developed the Paediatric Service at Maidstone & Tunbridge Wells that serves as the regional referral centre. He treats children with the whole range of paediatric orthopaedic conditions.

Mr Marcos Katchburian has been a Consultant in Trauma and Orthopaedics at Maidstone and Tunbridge Wells NHS Trust since 2002.