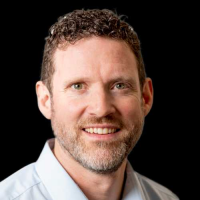 Dominic graduated from the McTimoney College of Chiropractic in 1999, with a BSC (Hons) in Chiropractic.

He has spent the last 20 years building experience and knowledge of a wide variety of patients, having worked with everyone from the young and elderly right through to Olympic athletes.

Dominic came to Chiropractic via an interesting career path. In 1989, along with four friends, they formed a band called Thousand Yard Stare. In 1990 they signed a recording contract with Polydor Records. A couple of world tours later, taking in Glastonbury, Reading Festival and a top 40 single.

1996 saw him back in education and in 2000 he graduated from the McTimoney College of Chiropractic ready for his new career!

Dominic has always been a keen sportsman, regularly participating in golf, rugby and athletics and any other challenge that comes his way.

In 2008 he completed Ironman UK in Dorset. Consecutively, swimming 2.5 miles, cycling 112 miles and then running a marathon. Still one of his proudest moments!