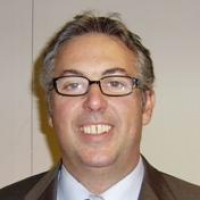 Mr Michael Stafford
Mr. Michael Stafford graduated from the Medical College of St Bartholomew's Hospital in 1986 and was awarded MRCOG in 1993 and MD in 1998. He became a Consultant in Obstetrics and Gynaecology at the Chelsea and Westminster Hospital, London in the year 2000 where he is currently Chairman of the Hospital Medical Staff Committee. Michael was formally the surgical member of the Riverside Ethics Committee, Director of the North West Thames advanced post-graduate training modules and an undergraduate interviewer, examiner and tutor for Imperial College.

He has published and contributed to a wide range of specialist publications covering his specialist areas of general gynaecology, colposcopy, urogynaecology and infection including sexually transmitted disease. As a Medical Research Council research fellow he was awarded his MD thesis in 1998, concerning methods of preventing HIV transmission. He has also written a book on doctor/patient communication in gynaecology with 150,000 copies sold. Michael is clinical lead for the Urogynaecology Service at the Chelsea and Westminster Hospital as well as running a busy general gynaecology service