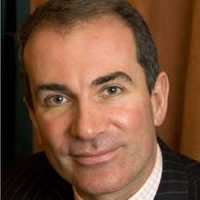 He led the team that developed the urology centre at Guy's Hospital.

He has expertise in kidney cancer, bladder cancer, and testis cancer. He receives large numbers of referrals from all over the South of England for complex kidney cancer surgery, in particular removal of very large life-threatening kidney cancers which have invaded the inferior vena cava or the heart. He has taught on these techniques nationally and across Europe.

He is the surgeon in the Guy’s unit who performs the retroperitoneal lymph node dissections for men with residual testis cancer after intensive chemotherapy.

Since 2012 he has delivered a service for patients with retroperitoneal fibrosis (RPF) at Guys and london bridge. Unique expertise has been built up in diagnostics, surgery and medical treatment in this disorder.


In a national ballot he has been elected President of the British association of Urological surgeons & he will take up the role in June 2020.