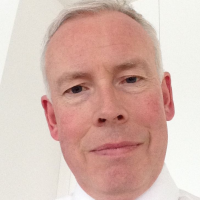 Adrian qualified as a doctor in 1986 after winning a place to read medicine at Queens’ College Cambridge, and subsequently St Thomas’ Hospital Medical School in London.
After Orthopaedic Fellowship in Australia and the US, in 1997 he was appointed as a Consultant and Honorary Senior Lecturer to St George’s Hospital, London. He worked there for 14 years, and also at the Epsom Elective Orthopaedic Centre (for which he was lead knee clinician) During his time in the NHS he was Surgical Tutor, Lead Clinician (Knees), and a member of the Research and Ethics Committee. In 2010, he made the difficult decision to leave the NHS to focus on clinical treatment of knee problems in the independent sector.
Adrian is now a dedicated knee specialist working purely privately with a group of like minded specialists in a multidisciplinary team. Performing only knee surgery in the over 16's. His expertise covers torn cartilage and meniscus, Joint surface wear (articular cartilage) ligament damage, ACL (anterior cruciate ligament) reconstruction - arthroscopic (key hoe) surgery, unicompartment (half knee) replacement and open surgery total knee replacement, new knee or knee cap.
In addition to being a co-designer of the Saiph (MatOrtho) knee he is an advocate of Robot assisted knee replacement using the MAKO Robot (Stryker)
A keen road cyclist, golfer and sailor he is also a sports injury specialist, treating football, rugby, golf, tennis and athletic related injuries. Working in association with Wimbledon Clinics multi-disciplinary team, he looks after patients ranging from Olympic and professional sports stars to celebratory actors and singers as well as weekend warriors of the past and the future.

Getting you back to the sports and activities you desire.

Do see what people think about me at www.IWGC.com
"I Want Great Care"

Royal College of Surgeons
British Association Surgery of the Knee