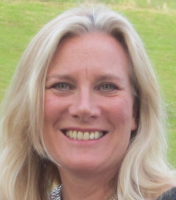 Katy Clifford graduated from Cambridge University and Westminster Hospital in 1985. She received a very broad training in Obstetrics and Gynaecology in London, spending time at Queen Charlotte’s Hospital, Kings College Hospital and St Mary's Hospital. Here she gained the Prize Medal in the MRCOG examination in 1991 and went on to complete a three-year MD thesis studying the endocrinology of early pregnancy loss.

She was appointed as a consultant in Obstetrics and Gynaecology at St Mary's Hospital, Imperial College Healthcare NHS Trust, in 2000. In addition to general gynaecology, she has a special interest in managing women with menstrual disorders and abnormal bleeding and specialises in outpatient hysteroscopy and operative hysteroscopy.
She has a busy private gynaecology practice and sees patients with menstrual disorders and other abnormal bleeding, problems with the menopause and HRT (member of the British Menopause Society), PCOS, as well as general gynaecology, well woman checks etc

She is married to a veterinary surgeon with three grown up children and manages to juggle a busy family life with her NHS work and private practice.