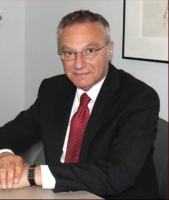 Mr Hikmat Naoum is a consultant in Obstetrics & Gynaecology practising at The Foscote Private Hospital, The Manor Nuffield Oxford and at the Hospital of St John & St Elizabeth in London. A fellow of the RCOG ,he qualified with a master’s degree from UCL in 1999, and a Diploma in diagnostic ultrasound scan. He became a consultant gynaecologist at the Oxford NHS Trust in the year 2000.The treatments and procedures that Mr Naoum provides include: genital repair; laparoscopy; hysteroscopy and endometrial ablation with Novasure, hysterectomy and sacrospinous fixation. He consults for Premenstrual syndrome, abnormal bleeding/ menorrhagia, pelvic pains, and endometriosis.
He has a wide experience in the obstetrics and gynaecology, and has presented various topics in the speciality both in the UK and internationally.Mr Naoum worked for The National Health Service as well as privately, he has an updated professional development file and an annual appraisal.

I can provide you with details of my audit on patients I treated with abnormal bleeding, success and complications.