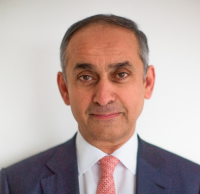 Professor Darzi and his team are internationally respected for their innovative work in the advancement of minimally invasive surgery, and in the development and use of allied technologies including surgical robots and image-guided surgery.