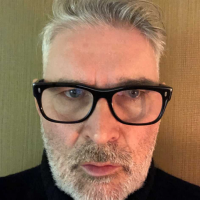 Chris Ogden, consultant uro-oncologist is a pioneer of robotic surgery in the UK and ‘one of the worlds leading robotic surgeons’ (BBC Horizon). He has the longest and largest series of radical robotic prostatectomies in the UK, at around 2,500 procedures (Mail on Sunday August 2017). Mr Ogden performs up to two hundred operations a year and continues to be the highest volume robotic prostate surgeon at The Royal Marsden, where he was recruited in 2006 to set up and lead the robotic prostatectomy program. He was attracted to the hospital as a keen advocate of ‘active surveillance' for prostate cancer, which was invented at the Marsden.

Chris Ogden was the first UK urologist to present a peer reviewed paper at the national congress BAUS on 100 consecutive robotic prostate operations with full oncological and functional outcomes. His paper on his long term results of robotic prostate surgery was accepted and presented at the American Urological Association (AUA) Congress Meeting and awarded the prize for best paper. He is the first urologist in the world to compare consecutive cases of the ground breaking technologies of HIFU (High Intensity Focused Ultrasound) and robotics, presenting at the UK annual conference. He has been a part of the development of Focal day case surgery for treating certain forms of prostate cancer, completing the multi centre INDEX study into the effectiveness of focal therapy, due to be published in 2017.

The national AUDIT for radical prostatectomy within British Urology (BAUS) was made public for the first time in 2015. The most recent 3 consecutive year data outcomes have been analysed. The data shows that Mr Ogden is one of the few high volume surgeons in robotic prostate surgery (more than 100 cases a year). In this national analysis, he has had no serious complications (Clavian III or above) and zero transfusion rate. The three year BAUS national Audit data shows that although Mr Ogden's practice encompasses a higher percentage of more aggressive cancer, T3 or above (49.6% versus the national average of 44.4%), he demonstrates an overall personal cancer margin rate of 11.8% compared to the overall national rate of 26.3%. Mr Ogden’s results are equivalent to the best published results of the world leading robotic prostate surgeons: for cancer margins (clearance), urinary continence and sexual function.

Robotic Surgery international Innovation Award
the first in the UK