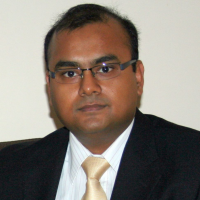 Mr Biswas is Clinical Director for Gynaecology at Shrewsbury & Telford Hospital NHS Trust. Mr Biswas has a keen interest in medical education and is a Honorary Clinical Lecturer in Women’s health at Keele Medical School. He is involved in mentoring and training of Consultants in operative hysteroscopy. At postgraduate level, Mr Biswas is involved in masterclasses in hysteroscopy and laparoscopy.